This foreword to our Magazine is in English. Despite, or because of Brexit and the US “Trump card”, may we explore how this language relates to our professional environment? For our readers unfamiliar with English, an abstract in French is provided. It will hopefully reflect some of the “faux amis” between our two languages. I am therefore glad to borrow Shakespeare’s language for a few moments, modestly hoping to be forgiven if I mistreat it. Many of our alumni communicate in this language and will not require much effort to read me if they judge it worthwhile. But more than just writing in English, this exercise entails one to think somewhat differently. Let’s just start with what we are. We often translate “ingénieur” (with this cute little “accent aigu”) as “engineer”. Both words originate in the Latin “ingenium” but they evolved somewhat differently. In the French word, we find “genie” embedded in the middle. The English word starts with “engine” and also applies to a conductor of machinery. Would you compare yourself to Buster Keaton, the proud driver of “The General” locomotive engine? Although quite ingenious, he would lack the scientific knowledge to do more than  drive its engine. And this is where we stand: In academic terms, we are granted a “Master of Science Degree”. It is precisely defined by the official “Commission des titres d’ingénieur” which lays out precise criteria to award it. Only those holding such a degree may call themselves “ingénieur”. For Arts & Métiers, it combines a high level of scientific capability along with very practical “know-how” training. It requires the students to spend a full term in an industry internship. It gives them a professional qualification which is immediately welcomed on the job market. Some exposure to study abroad is part of the syllabus, a stepping stone for a large proportion of those who join international companies. In 1780 the founding father of Arts & Métiers, the Duke of La Rochefoucauld-Liancourt, promoted “hands-on ability with the intelligence of science” through a “mutual education” principle. This has produced lifelong social kinship among classmates and alumni. For example, the latter help students shape their professional expectations and mentor those interested in creating their own venture company.

This educational model results in a specifically French engineering degree which recognizes a broad and consistent spectrum of competences along with social and international literacy. Many will seek specialization and complete their training in other colleges, often abroad, to obtain a specialized Master’s degree in Mechanical, Electrical, Biomedical, Civil Engineering, Business Administration, etc. This is where the close-knit relationships among alumni are helpful: endowments allow generous scholarships to be awarded on merit to an increasing number of students.

A Master’s degree is not the end of the story at Arts & Métiers ParisTech. It welcomes those seeking the famed PhD degree (Doctorate of Philosophy) through the very efficient three year post graduate program of its doctoral school. Many international students apply for this program. This degree is accepted worldwide and empowers its owners to achieve outstanding careers either in top international companies or, as they often do, to create potential “unicorn” companies. They will be encouraged and assisted by mentoring and financing mechanisms provided by our alumni organization, which is one of the most active in Europe in this field. Facilitating their access to venture capital is a priority. We like this term “venture capital” as it portends an entrepreneurial spirit. In France, the term “capital-risque” is often used but is less of an encouragement as it highlights the negative aspects. But “entrepreneurial” comes from the French “entrepreneur”… with no direct English equivalent. No wonder the business language is often “franglish”.

Being highly trained and offered many opportunities to rise in academia or industry, many of us will be faced with situations where we have to “make decisions”. In French we say “take decisions”. Is it a remnant of our royal past when decisions were of divine right? Royalty has disappeared, but the notion that the decision–making process is the privilege of  “aristocracy”, be it in the administrative or industrial area, persists. And it takes a solid personality not to fall into authoritarianism when moving up the ladder. The risk being that undisputed balance of authority can lead to a kind of managerial “autism” and to an actual loss of control.

I beg those in positions of authority to keep the approach of “making decisions” through a process akin to what is usually applied in the industrial world where all parties involved contribute to the making of good and sellable products, with a regard to customer satisfaction. This is consistent with our pragmatic culture, a trademark of the Gadzarts (as our alumni are nicknamed). Is it not a good resolution for a new year full of challenges ? 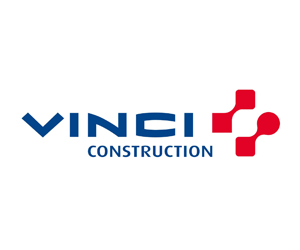 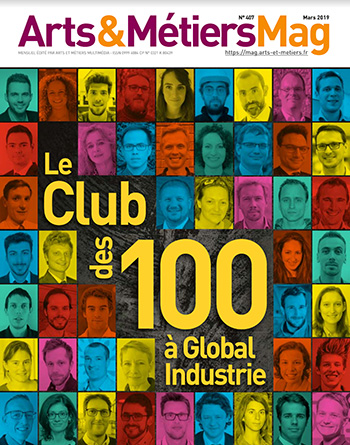